Diabetes is a condition featuring unusually high levels of glucose in the bloodstream. Insulin, produced by the pancreas, is used by the body to lower blood glucose levels. If someone’s pancreas doesn’t generate enough insulin, their body will develop diabetes.

A short list of symptoms of diabetes would include severe hunger and thirst, more need to urinate, and fatigue. But the surest way of knowing whether you have diabetes is having a blood sugar test, also known as a Glucose Tolerance Test.

A less severe form of diabetes, Type 2 diabetes is first treated with a diabetic diet, exercise and weight loss. If theses measures are not successful in controlling blood sugar and insulin levels, oral medications may be added. Insulin is then finally considered if these also are unsuccessful. Type 2 diabetes normally occurs in adults who are middle aged or older, which is why it is sometimes called Late-Onset Diabetes In this case, the pancreas still produces the right levels of insulin but the body has become resistant to it.

It is feasible to delay the onset of Type 2 diabetes if it runs in the family. Through losing weight, getting the right amount of exercise and controlling your diet, you can manage. If Type 2 diabetes is not treated, eventually the same complications may ensue as those seen with Type 1 diabetes.

Gestational diabetes is seen in pregnant women. Normally it disappears after the birth of the baby, however, treatment for the mother to stabilize the blood glucose levels will decrease the chance of complications to the baby as well as mother.

Juvenile Onset diabetes is another major form of diabetes that affects many children. It is believed to be the onset of Type 1 diabetes. If a child is showing even a few of the symptoms of diabetes, it’s vital that they be checked by a doctor. It is estimated that over two million adolescents are in the pre-diabetes stage. This is mostly due to being overweight. In this condition, blood glucose levels are high but not high enough to be considered diabetes. Teens usually develop this between the ages of 12 and 19.

All About Diabetes Symptoms Causes Types

While talking about diabetes, you may be frightened by the idea that you may have it. Or maybe, you may have it in the future. You want to know if you are at risk to develop diabetes and anxiously you’re looking to find if you have any diabetes symptom.

Diabetes affects the manner in which the body handles carbohydrates, fats and proteins. If neglected, diabetes can have serious complications. Diabetic people have high blood sugar level. The blood sugar level is regulated by insulin – a hormone produced by the pancreas, which depends on your eating habits.
Diabetes is a serious disease. But the startling truth is that diabetes is reversible. Diabetes is the number one cause of chronic kidney disease (CKD). This disease is a condition where the body is unable to automatically regulate blood glucose levels, resulting in too much glucose (sugar) in the blood. Diabetes is a chronic disease that affects as many as 16 million Americans.

Actually, there is no clear symptom for diabetes. The most common symptoms of diabetes are as follows:

– being thirsty all the time
– frequent urination
– increased hunger
– feeling tired all the time; having excessive fatigue,

On the other hand, there are some other symptoms of diabetes that are prescribed as diabetes complications. These symptoms are:

– vision changes;
– recurrent skin infections very difficult to heal;
– tingling or numbness you may feel in your extremities;
– gums disorders;
– Hair loss and many others.

If neglected, diabetes can lead to various complications such as damage to the kidneys, heart disease, nerve damage, hypoglycemia (drastic reduction in glucose levels). Diabetes is a serious disease and there is no treatment of it. However, it can be brought under control by a proper diabetes diet.

In 1550 BC, the famous Ebers Papyrus advised treating diabetes with high fiber wheat grains. Not much has changed since then. Plant foods are the drug of choice for treating diabetes. There are large numbers of scientific research findings to confirm the effectiveness of plant foods in managing this disease. Through the centuries, more than 400 plants have been identified, used, and prescribed as diabetic remedies.

Raw onions and garlic have been long been favorite anti-diabetic drugs in Europe, Asia and the Middle East. The vegetable bitter gourd and the herb ginseng have been widely used for treating diabetes since ancient times in India and China. Common mushroom is widely used in parts of Europe to lower blood sugar. Barley bread is a popular treatment for diabetes in Iraq. Other foods, used in different countries in the treatment of diabetes include beans, cabbage, cinnamon, coriander seeds, cucumber, fenugreek seeds, Indian gooseberry and lettuce.

All these foods have anti-diabetic properties. Scientific research has confirmed that most of these foods, or their compounds, either lower blood sugar, or stimulate insulin production.

Some of the more important foods that help to lower blood sugar or stimulate insulin production in diabetes patients are discussed here.

Artichoke is a tuberous root with a top like a sunflower. This vegetable contains good amounts of potassium, a fair amount of calcium and some iron and Sulphur, all of which are needed by the body for maintaining good health.

Artichoke is beneficial in the treatment of diabetes because of its high insulin content. A fully ripe artichoke is said to contain more than two percent of insulin. Ripe artichokes are generally available only during autumn or fall. The insulin is converted into sugar in winter. Artichokes are most effective when eaten raw in salads. If cooking is required; they should be boiled, unpeeled, in a small quantity of water for about 10 minutes. Artichokes can be effectively combined with other vegetables.

Diabetes And Your Heart

Diabetes is one condition that must be treated as soon as it is diagnosed, even though in its early stages it doesn’t hurt, or cause inconvenience, or create any worrisome symptoms. But ignoring it is a mistake, because the blood sugar imbalance diabetics live with can cause a variety of complications, even leading to other serious health conditions.

One major cause for concern is adverse effects on our hearts, is that unstable blood sugar levels can cause poor circulation. 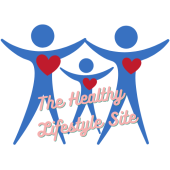 Some Facts About Back Pain

How drinking alcohol affects your health